Guys usually think that it is a tough job to make a woman experience the desire of having sex but it is far from being true. It is actually easy for a guy to make a woman feel the urge to have sex with you.

So, if you’ve reached a certain point in your relationship where you feel that now is the time to take it to the next level, there is a little bit of planning that you need to do. 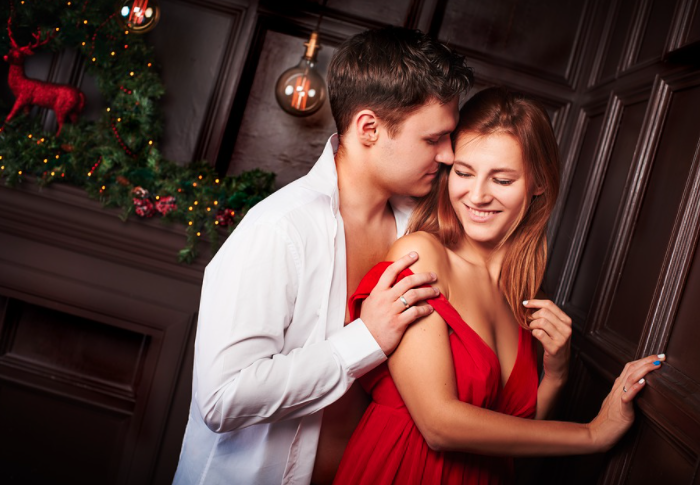 In order to make a woman feel sexually attractive towards you, the foremost thing that you would have to do is to put in the effort of making her feel attracted. The sexual attraction of a woman is usually based on whatever you do in front of her. For instance, here are the few things to take into account.

If you don’t know the tricks of flirting with your girl, you may search online as there are tons of resources that will teach you how to go about the process.

Even though you may interact with your girl for about 5 minutes, you can trigger at least 5, 10, 15 or 20 different ways of flirt lines.

Make it clear that you’re attracted sexually towards her

When you’re meeting a woman for the first time, trying to know more on her and thinking of starting a relationship, you should make it clear to her that you find her sexually attractive. As per an international survey by Dove Cosmetics, 96% of women don’t think they are beautiful. This is rather strange but it’s a fact!

This is when they feel that they’re not as attractive as them. No matter how much you look at her, she might be thinking to herself, ‘Urrghh! I hate my thighs and I’ll never look sexy as the other woman with perfect legs.’

So, never assume that she knows she is gorgeous! You have to tell that to her. Whenever a woman has sex with you, she will wish to feel sexy in your eyes.

You should say things that will let her feel that she is totally accepted by you and she can be her true self with you. If she doesn’t get that safe feeling with you, she will feel insecure and might not agree to have sex with you.

Whether you’re meeting a girl for the first time or you’re trying hard to move out of the friend zone to be with the woman you have a crush on, the same rule will apply.

You are bound to build up sexual tension to attract that woman. Women usually love the interesting feeling of releasing sex hormones by having sex or kissing. Hence you should never ignore the power of sexual tension and how important it is for having sex.

Whenever you’re able to build sexual tension in a proper manner, the woman will not just wish to have sex with you but she will also feel that she requires having sex with you for building up that tension between you.

On the contrary, if there is not much sexual tension between you and your girl, there will be no such idea of having sex that would seem appealing to her.

So, if you’re eager to impress your woman into making her feel sexy, you have to follow all the above listed tricks and strategies. Make her respect and love you too lest the attraction might fade away with time.