Are you shy when it comes to talking to strangers? Would you rather stay at home and binge watch on Netflix, rather than socializing? If you have an affirmative for both the above questions, then look no further, this guide is just for you.

How to Start a Conversation With Anyone 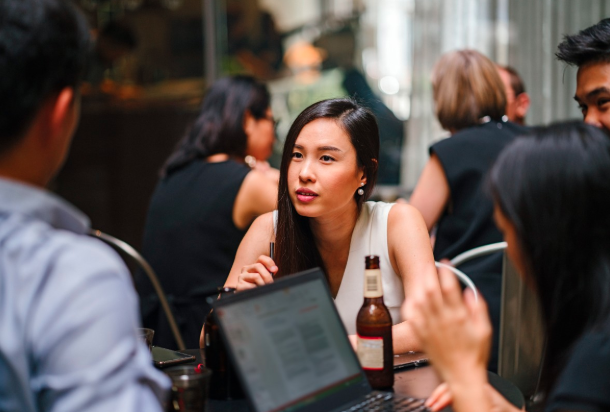 In a social gathering, speaking about or commenting on the location or the occasion is a very easy conversation starter.

Rather than asking such questions, go for questions such as “what books do you like?” These act as wonderful conversation starters. Combining general remarks with open ended questions can help easily when it comes to initiate a conversation with an individual or a group of individuals.

Pets are a common ground for every single person on the face of this earth. It doesn’t really matter if you’re at a party or on a first date of sorts. Questions about pets, or remarks about pets usually keep the conversation going for a long time and can give you a fair idea of the person, their likes and their dislikes. You don’t really need to have a pet to talk about a pet but having a compassionate idea towards animals is not bad once in a while.

No I’m not stereotyping on the basis of gender, but let’s be honest here, not all women like sports so it’s a safe bet to start a conversation with complimenting them. However, refrain from talking about politics and current affairs because the other person might not like it.

There is not one person in this whole wide world who hates music. So if you’re looking for an easy way out with this, music is by far the safest way to play this game.

Now, keep in mind that not everyone likes every genre of music but initiating a conversation with regard to music or asking about the music taste of a person does help in building up and maintaining a conversation.

Most millennials are into classics, so having a fair knowledge about music from the early 90s to the early 2000s would get you into a comfortable spot to initiate and maintain a conversation.

Try being sensitive when initiating a conversation with someone. Most conversations end up ending prematurely when either of the parties feel that the other person is being invasive.

Some people are offended when talking about education or the lack of degrees. In short, try not to be too proud about your achievements, because you just might end up offending the other person. Humility and sensitivity goes the distance when it comes to maintaining a conversation.

Small talk usually keeps the conversation going for a long period of time, provided you manage to keep the other person interested. Now it’s okay to feel unconfident at times, everyone does. But learn to hold on to your nerves and go ahead with it.

And most importantly, whatever small talk you do engage in, chances are that the other parties will remember it for a few months mostly. In almost all cases, people remember a conversation till the next day or till the next week, depending upon how important the information they received was to them or how interesting it was.

Small talk might help you achieve your short term goals of initiating a conversation but play no important role in the longer run unless you make and statement which is good enough to spark a controversy.

Keeping in sync with the other involved party is a key to maintaining a conversation. Answer questions raised by the other person promptly to keep the conversation going smoothly. In life, listening is a fine art. And to initiate and maintain any conversation you need to be a good listener too.

Responding about the soil on mars to a question regarding the political scenario of Malawi (yes that’s a country in Africa) doesn’t really make sense and shows your disinterest in the conversation as a whole. So in order to have a good conversation, make sure you listen well to what is being told to you.

This is probably the most important and easy way to initiate a conversation. You might approach a random stranger and strike up a conversation with them but as long as you don’t introduce yourself, it does not really do the job.

It’s important that you introduce yourself to the other person so that they can respond to you and the conversation can move ahead from that point.

However, when introducing yourself, be polite and courteous. Trying to show off and being too haughty will not help you in striking up a conversation.

And with that, you have the basics of how to start talking to any individual. Try combining the above pointers to see how it all pans out for you. Good luck.

1 thought on “9 Great Ways to Start a Conversation”