For some, flirting is one of those things that come as a second nature but for others, it is an entirely foreign language. Just as with kissing, if you get flirting too much into your head, the task gets harder.

You have to remember that flirting is always supposed to be fun and you shouldn’t take it too seriously. If you give too much weight to flirting, it gets scary. Hence, you need to relax and take it easy when you think of flirting.

How To Flirt With A Guy You Like Or Just Met 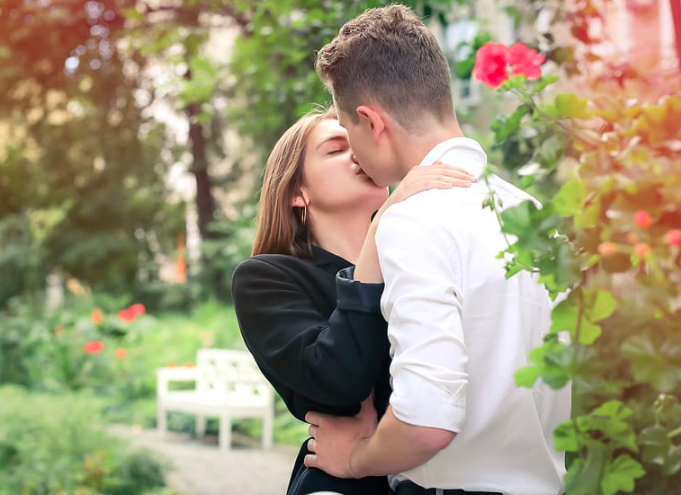 Even if you ask the most confident people to flirt, they may freeze during the moment and end up with only a ‘hey’ when they meet their crush. However, you needn’t worry as we’re here to give you lots of tips to master the art of flirting in order to gain your guy’s attention.

Confidence is the key

Expert flirts believe that there can be nothing sexier than confidence. If you are confident enough to strut down the hall like you own them, your crush will instantly fall for you. The guy will look forward to knowing you more as you might have already caught his attention. Hence, be as confident as you can be.

Give him compliments and provoke him

You might not be aware of this fact about men but they compliments. Compliments are usually given to women and hence they’re not generously showered on men. They rarely have a team of cheerleaders who will constantly remind them how suave they look before they head for a special night.

You can search for something unique and compliment him. Stay away from the generic comment like ‘I love your shirt’ and instead be more specific like ‘Hey, that shirt brings out the blue in your eyes’.

Never shy away from cracking a gentle joke at the expense of his nature as this will reveal that you’ve got a great sense of humor. However, make sure you don’t joke about anything that he is sensitive about. If he has big muscles, you may joke about his scrawny look.

As mentioned above, guys love to get compliments just as women. So, if you get a chance to talk to your crush, try asking things about himself and his life. Initially, they should not be about personal things as that may irritate him but you can ask general questions. This shows that you are truly interested in him.

He might end up appreciating the fact that you’re curious about him and he may look forward to more conversations with you.

Keep a smile on your face

Women often wrongly believe that maintaining the attitude of being an ice queen (who is hard to crack) is the right approach for a date. But it is not so. Guys disregard this attitude immediately. A happy and kind woman is always more luring than one who is always sulking.

Smile, laugh and be sunny in front of your crush as these attract guys. Nevertheless, that doesn’t mean bursting out laughing at whatever he says as that may scare him. Just be enthusiastic and spontaneous. It’s intoxicating to be around a girl with high spirits

Do you seem to be interested in a guy who is a bit hesitant about taking your relationship to the next level? If answered yes, you may plan few accidental touches as these can make a big difference. He feels comfortable about the same and it makes it easier for him to do the same.

If you start with such playful touches, he will feel comfortable around you. The touches have to be discrete like a light punch on his arm when he cracks a joke. While complimenting anything that he wears, you can touch it for a short while. You may even hug him goodbye.

The interest you show should be genuine

When you have to be a renowned conversationalist, that doesn’t mean that you have to always throw clever phrases or display your own achievements. It’s all about being a great listener.

Once you ask the ideal questions to him and give him undivided attention, he will feel importance in your presence. This kind of sensation can soon get addictive for the guy and he will always be left wanting for more.

Be authentic when you are curious about his life. Don’t make your queries seem like an interview. Just lightly inquire about his interests, his hobbies and family. If he tells you about some hobby that you’re not familiar with, ask him to elaborate more on it. Be still and attentive when he speaks so that he knows you’re a great listener.

Try to seduce him innocently

When we speak about being seductive in the most innocent manner, we don’t mean sliding into the most revealing outfit and wearing the darkest lipstick. It is cheekier and more light-hearted than just being bold in front of the guy.

As long as proper flirting is concerned, it is all about the small and subtle cues that you can send to your crush. The guy must be clever enough to pick on them. At the same time, your cues won’t surprise anyone walking nearby to stop and think what’s happening.

Constantly playing with your jewelry, hair and clothes can gradually draw his attention towards you. If you repeatedly fidget with your hair and run your fingers through it, this can seem luring.

Occasionally, try and bite your lips. When he speaks, let your eyes move from his eyes to his lips and gradually back again to his eyes. Lean towards his side while he is speaking as if you’re mindlessly drawn towards his strong personality.

So, we hope the tips and tricks listed above will help you in flirting with the guy of your dreams. Nevertheless, if it is long-distance flirting for you, then that is going to be a lot different from face-to-face flirting.

If you’ve tried and tested other forms of flirting, don’t forget to describe them in our comments section. We will be more than happy to read your experiences and learn from you.